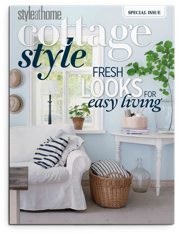 Rustic usually rules when it comes to cottage design. But this oceanfront home atop a bluff on the Sunshine Coast, 40 minutes north of Vancouver by ferry, isn’t even a little bit country. The owners, a Canadian family of four that lives in Bermuda year-round and spends summers and spring breaks here, had a more modern look in mind when they were ready to tear down the original structure to build their dream cottage three years ago. “They wanted a sophisticated space with classic, timeless elements and entertaining areas inside and out,” says Nicole Mah, an interior designer at Kelly Deck Design in Vancouver.

With a little inspiration from the Hamptons beach house featured in the movie Something’s Gotta Give, architect Walter Powell of Sunshine Coast Home Design created a stunning 4,500-square-foot four-bedroom cot- tage with a cedar-shingle exterior and a grand entryway that opens to a vaulted ceiling with a galleria. Walls of windows and French doors leading to a wraparound deck create a bright, airy interior that unites the indoor and outdoor spaces and accentuates the sweeping ocean views. The owners chose to forgo a dining room to keep the space casual but have plenty of seating for guests in the eat-in area in the kitchen, which features a wall-to-wall upholstered banquette for comfortable entertaining.

To stay true to the cottage feel, the designer incorporated tongue-and- groove beadboard ceilings and walls, and false beams. “These architectural details add character, but they have clean lines and are painted white so the effect is restrained,” says Nicole. The owners also opted for white cabinetry and furnishings throughout. “It’s a fresh, modern take on cottage living,” she adds. Hand-scraped European white oak floors and grass-weave shades were installed to inject some warmth. “We didn’t want the space to feel clinical.”

When it came to the accessories, Nicole took her cues from the island of Bermuda. “One of the owners collects sea glass on the beach with her two young daughters and she sent me a little container of it when we started the pro- ject,” says Nicole. Those pastel sea glass hues pop up in the graphic toss cush- ion fabrics, abstract art and decorative accents, imparting a sense of playfulness and freshness to the space, which the family christened Sea Glass Cottage.

With the owners living across the con- tinent during the two-year construction, the finished project was totally turnkey. “We sourced everything, from the glasses and flatware to the books on the girls’ shelves,” says Nicole. “Those personal touches really helped the family connect with the home.” So when it was time for the big reveal last year, the owners were quite emotional. “They were extremely happy,” Nicole says. “When you walk inside Sea Glass Cottage, it really has a magical quality.” 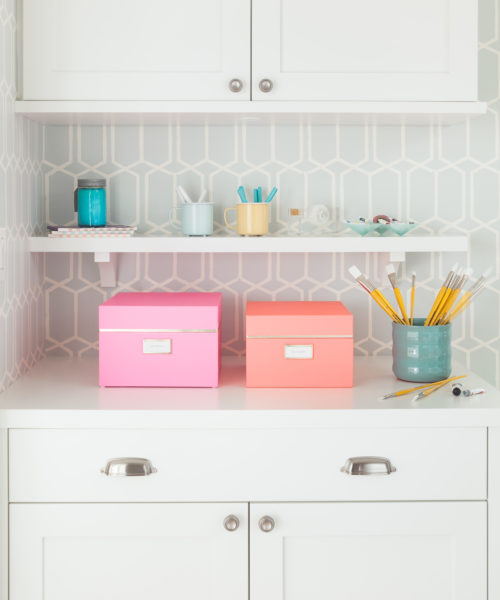 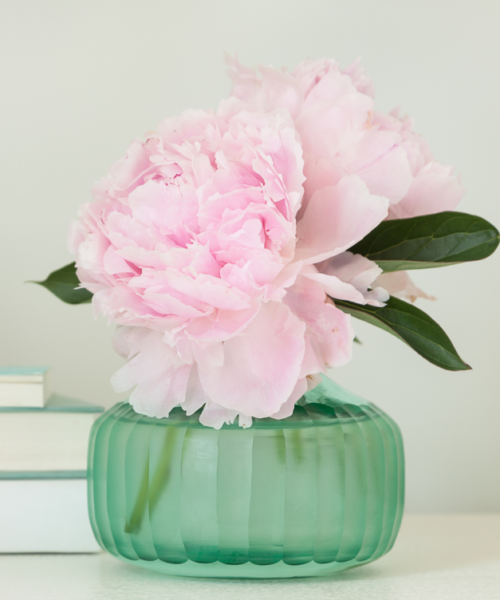 Clean lines and a muted palette give a bright and airy West Coast cottage home a modern twist. 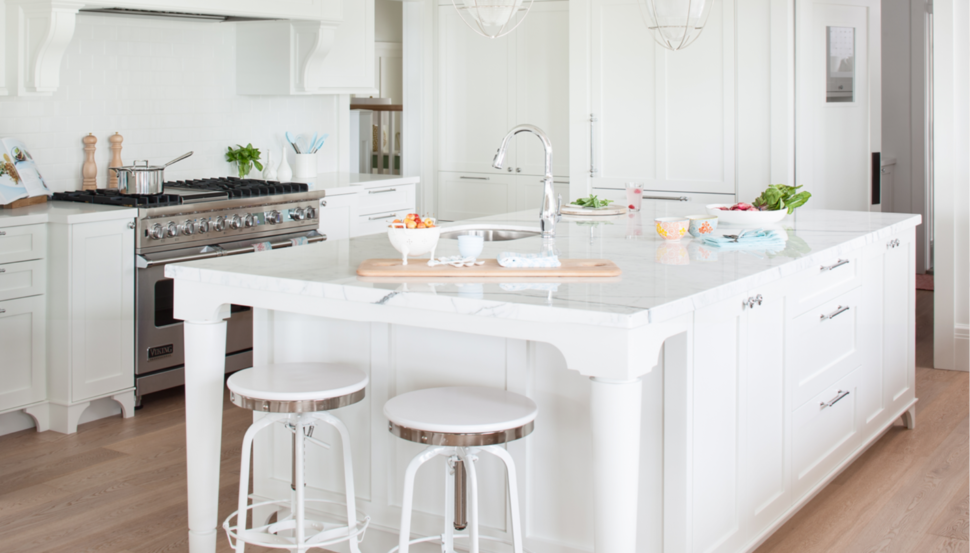 Topped with dramatic Statuario marble, the generous kitchen island is an ideal hub for entertaining. “The pendant lights above the island have a real nautical feel and reference seaside living,” says interior designer Nicole Mah of Kelly Deck Design. Metal stools are easy to clean and well-suited to wet bathing suits. 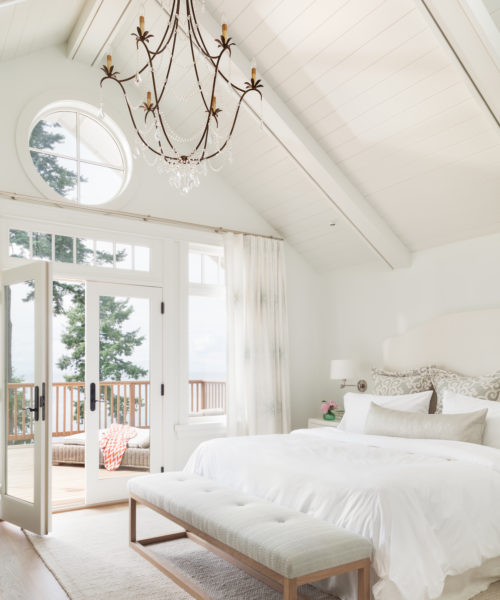 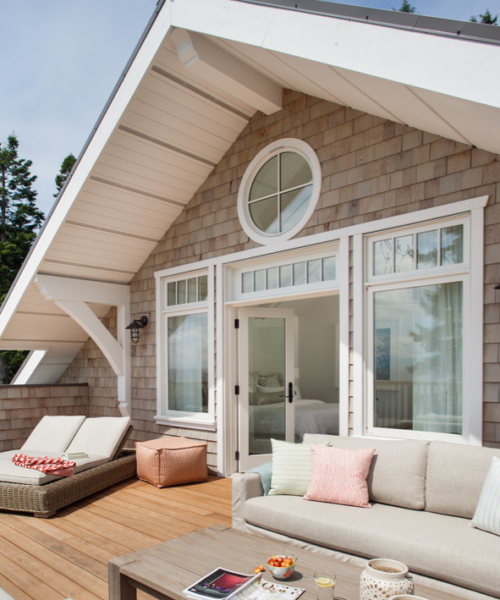 LEFT: Millwork lends character to the lofty master bedroom, which opens to one of two decks. Subtle textures and patterns in layered neutrals give the room its soothing quality. The crystals on the iron chandelier add just a touch of shimmer, while the delicate nature of the fixture doesn’t detract from the view. DESIGN, Kelly Deck Design, kellydeck.com; ARCHITECTURE, Sunshine Coast Home Design, sunshinecoasthomedesign.com; CONTRACTING, A.T. Home Construction, 604-886-3538.

RIGHT: Counter and shelf accessories were carefully chosen for their soft pastel colours and whimsical shapes. 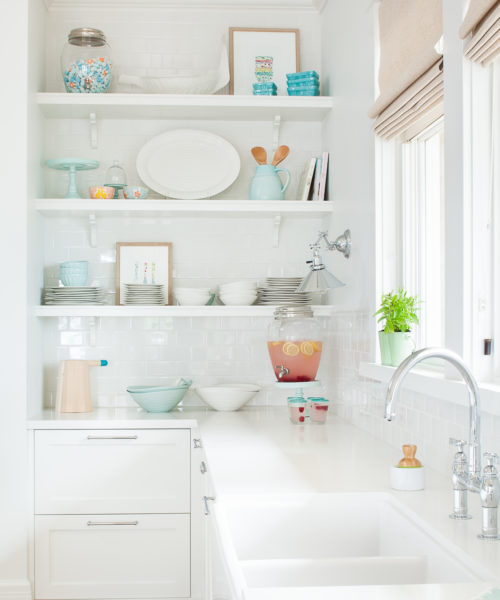 LEFT: The exterior is clad in cedar shingles with a warm grey wash to make them look weathered. Clear cedar on the master deck resembles the interior oak floors and offers a seamless transition from indoors to out.

RIGHT: A two-tiered chandelier with vintage flair draws the eye to the vaulted ceiling in the grand upstairs galleria. The tongue-and-groove beadboard ceiling and built-in shelves create visual interest. A wall of family photographs lends a gallery effect.

IT ALL STARTS WITH HELLO