IN THIS VANCOUVER HOME, LIGHT FEMININE TOUCHES MIXED WITH STRONG MASCULINE ACCENTS ADD UP TO A BALANCED AESTHETIC THAT SIMPLY SAYS, WELCOME 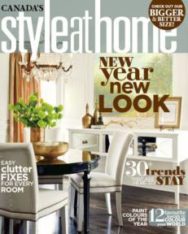 "I don’t like an overly pretty house,” says designer Kelly Deck. “It always looks as if a woman has taken over. Men should be able to live in their homes without making good-natured jokes about all the girly swirls and flourishes.” Instead, Kelly aims for a balance between feminine and masculine elements in the homes she decorates, considering everything from the furnishings and fabrics to the millwork and countertop finishes, right down to the objects she places on the fireplace mantel.

So when Kelly set out to design this 2,600-square foot, three-bedroom home in Vancouver’s Mount Pleasant neighbourhood, she executed her gender-neutral approach from the inside out, achieving a timeless look that ties the rustic to the elegant with a touch of inspiration from France.

For example, the living room’s rustic coffee table, with its industrial chic aesthetic, is balanced by soft blue-grey silk drapery, cascading elegantly from the 10-foot-high ceiling to the floor. The curvy slipper chairs? Feminine. A boxy sofa? Manly, for sure. But all together, the look is well-curated and casual. “Pair your very tall and spindly floor lamp with a couple of bulky hand-worked table lamps, like I did in the living room, and you’ll suddenly notice that the objects look better as a result.”

In the family room, Kelly did the same with the accent chairs, placing a sleek, sculptural Mid-Century Modern chair kitty-corner to a chunky wooden stool. And the dining room’s statement piece, a lacey-looking chandelier, is at once both feminine and masculine with its delicacy countered by its bold black colour. Again, the dining table and chairs are sturdy and practical, but the brushed-nickel hardware on the room’s pocket doors is the exquisite jewellery that adds a hit of sparkle.

For a masculine edge that packs a softer punch than black, Kelly used navy blue. It grounds girly all-white spaces and often appears in surprising places: on the blocky kitchen island, for example, as well as the exterior of a reclaimed antique clawfoot tub in the master bathroom. “When you pair soft greys and whites with navy instead of black, you activate the space,” says Kelly. “While black is typically used to anchor a room, navy achieves the same, but as a chromatic hue, giving spaces a customized look and real personality.” Put differently: Navy blue is one part practical and one part expressive – a triumphant testament to Kelly’s chica-meets-chico design approach. 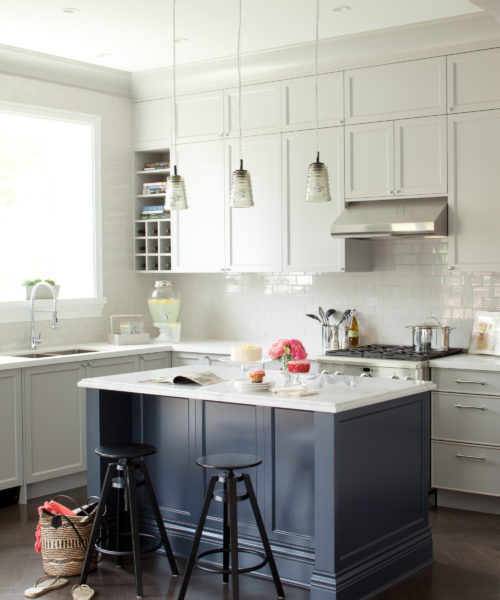 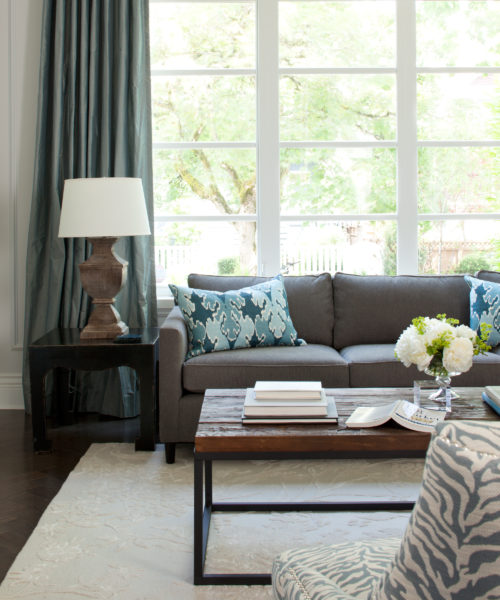 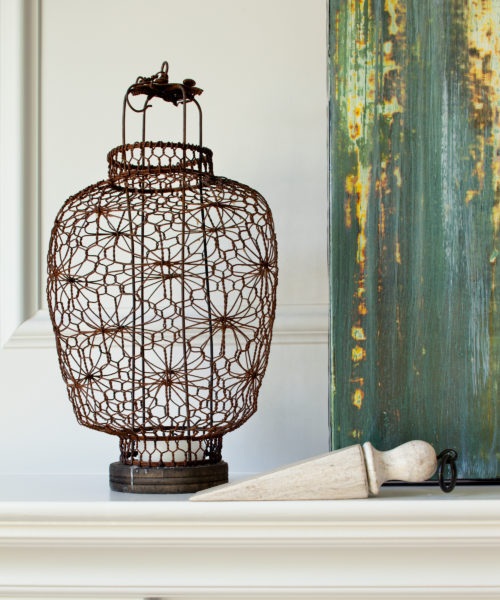 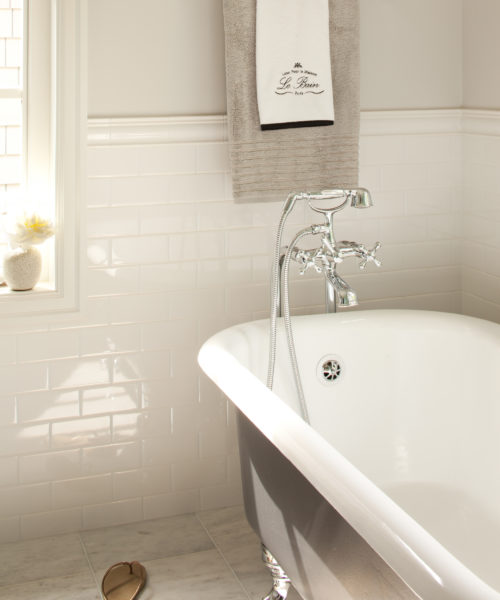 The reclaimed tub was completely reglazed and the exterior finished in navy blue, turning it into a statement piece that echoes the other punches of navy throughout the house; “Lean a print against a wall to create an instant vignette anywhere,” says Kelly, referring to the white bedside display that’s romantic yet sleek; to keep the master bathroom from seeming like an afterthought, Kelly applied her code of contrast, pairing simple Shaker-style cabinetry with super-glam chandeliers.